Land of the Free 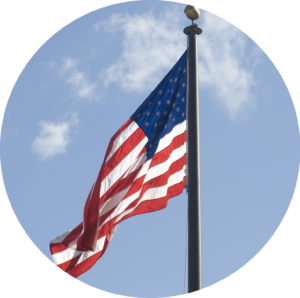 Tomorrow is July 4th, the day in which we celebrate our independence and freedom as a nation. In recent years this nation has experienced a number of cultural shifts that have left many Christians concerned, worried, or even fearful. On top of that we are in an election year with two unorthodox primary party candidates: one that may be indicted before the election and one that has said and done things that should have ruined any campaign. Well, today we are going to talk about why Christians don’t need to be afraid and how we are supposed to live in the midst of this cultural shift.

“If it is certain that we are the most guilty of men why do you treat us differently from our fellows, that is, from other criminals?… Christians alone are not allowed to say anything to clear themselves… That alone is looked for which the public hate requires – the confession of the name, not the investigation of the charge.” – Tertullian Apology (197 AD)

“We hold these truths to be self evident that all men are created equal, that they are endowed by their Creator with certain inalienable rights that among these are life, liberty and the pursuit of happiness.” – Declaration of Independence

“Our Constitution was made only for a moral and religious people. It is wholly inadequate to the government of any other.” – John Adams

“Democracy never lasts long. It soon wastes, exhausts and murders itself. There was never a democracy that did not commit suicide.” – John Adams

“If destruction be our lot, we must ourselves be its author and finisher. As a nation of freemen, we must live through all time, or die by suicide.” – Abraham Lincoln

“In the end, the ultimate threat to the American republic will be Americans. The problem is not wolves at the door but termites in the floor.” – Oz Guinness A Free People’s Suicide

“In short, contrary to the founders—and in ways they do not realize themselves—Americans today are heedlessly pursuing a vision of freedom that is short-lived and suicidal. Once again, freedom without virtue, leadership without character, business without trust, law without customs, education without meaning and medicine, science and technology without human considerations can end only in disaster.” – Oz Guinness A Free People’s Suicide

Big Idea: Our nation needs a movement of people who fearlessly submit to the government out of reverence for God and leverage their freedoms for the benefit of others.

We are free to…

How can I leverage my freedom for the benefit of others?