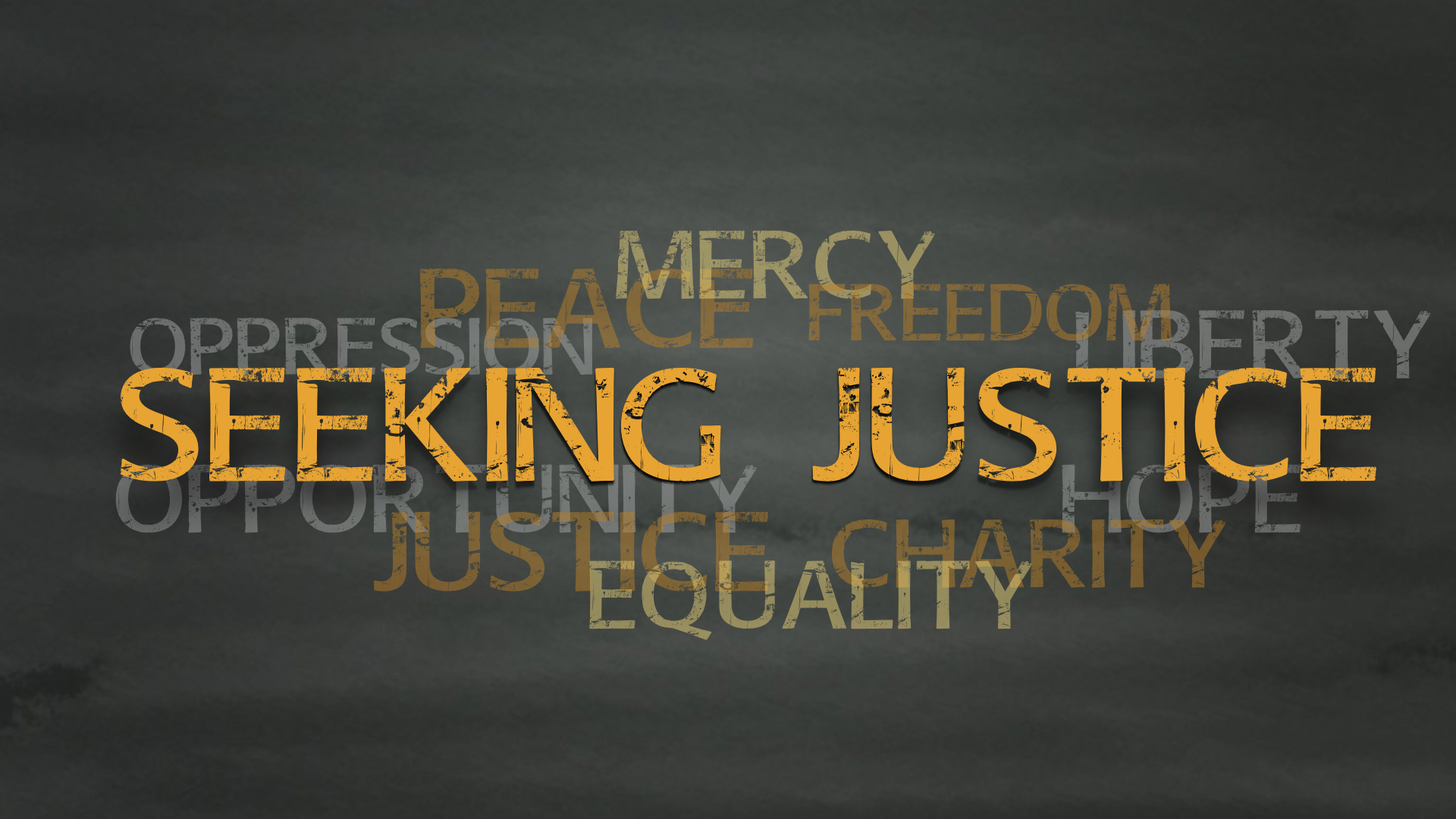 Our current series is centered on the concept of social justice. Now, you have most likely heard this term used on social media, blog posts, the news or just in conversation. It is often used as a term to drum up political support, or support a particular cause.  There is however, great diversity in the meaning of this term depending on who is using it and in what context,* therefore, it is vital as we progress in this series to be clear about how we are using this term. Here is our working definition:

Social Justice: The impartial and proportional treatment of each person in a society as a necessary condition of their human dignity.

This includes not only pursuing vindication for victims, retribution and penalty for offenders, but also generous giving and activism to fight oppression.

The Old Testament terminology reflects this in it’s two primary terms for justice:

מִשְׁפָּט mishpat – This term is the primary word translated for justice in the Old Testament. It reflects the idea of making a just judgment in response to an offense. Tim Keller refers to this as secondary justice, meaning if primary justice is done then there is no need for mishpat. The Hebrew and Aramaic Lexicon of the Old Testament (HALOT) gives it the following definitions: 1. decision, judgement 2. dispute, case 3. legal claim 4. measure 5. law

Exodus 23:6 (ESV) 6 “You shall not pervert the justice due to your poor in his lawsuit.

Deuteronomy 10:18 (ESV) 18 He executes justice for the fatherless and the widow, and loves the sojourner, giving him food and clothing.

צֶ֫דֶק tzadeqah – This term is most often translated righteousness but also connotes actions done that indicate a person is just. The term was originally used to signify something that is straight in a physical sense (meaning not curved). As time passed the word, as most words do, came to connote goodness and loving consideration for the poor. (Psalm 112:9). HALOT gives the following definitions for the term: 1. honesty 2. justice (a) of the king or ruler (b) of the justness of an individual 3. justness of the divine judge (a) which rescues (b) which punishes 4. justness meaning community loyalty 5. justness meaning God’s loyalty to the community 6. pl: (a) entitlement, just cause (b) deeds of justice.

Deuteronomy 16:20 (ESV) 20 Justice, and only justice, you shall follow, that you may live and inherit the land that the Lord your God is giving you.

These 2 terms in conjunction give us the idea of social justice. In the few texts that they are used together we can see the 2 ideas of charity and justice coming out.

Genesis 18:19 (ESV) 19 For I have chosen him, that he may command his children and his household after him to keep the way of the Lord by doing righteousness [tsadeqah] and justice [mishpat], so that the Lord may bring to Abraham what he has promised him.”

Deuteronomy 16:18 (ESV) 18 “You shall appoint judges and officers in all your towns that the Lord your God is giving you, according to your tribes, and they shall judge the people with righteous [tsadeqah] judgment [mishpat].

*The following definitions are meant to only illustrate alternative definitions to term social justice.

“… promoting a just society by challenging injustice and valuing diversity.” It exists when “all people share a common humanity and therefore have a right to equitable treatment, support for their human rights, and a fair allocation of community resources.” In conditions of social justice, people are “not be discriminated against, nor their welfare and well-being constrained or prejudiced on the basis of gender, sexuality, religion, political affiliations, age, race, belief, disability, location, social class, socioeconomic circumstances, or other characteristic of background or group membership” (Toowoomba Catholic Education, 2006).

“Social justice deals with the distribution of good (advantages) and bad (disadvantages) in society, and more specifically with how these things should be distributed within society. Further, social justice is concerned with the ways that resources are allocated to people by social institutions.” (David Miller)

“We do justice when we give all human beings their due as creations of God. Doing justice includes not only the righting of wrongs, but generosity and social concern, especially toward the poor and vulnerable. This kind of life reflects the character of God. It consists of a broad range of activities, from simple fair and honest dealings with people in daily life, to regular, radically generous giving of your time and resources, to activism that seeks to end particular forms of injustice, violence, and oppression.” (Tim Keller Generous Justice)

“Rendering impartially and proportionally to everyone his due in accord with the righteous standard of God’s moral law.” (Cal Beisner in Social Justice: How good intentions undermine justice and gospel defines biblical justice in this way. The term social justice then indicates the application of this principle on a societal scale.)